I want bats!  I SO want bats!  Especially when I read that bats eat cucumber beetles.  And mosquitoes.  And a thousand other bugs.

But I never (or I should say, seldom) see bats.  We had one living above our garage.  When we had a water leak and then a hole in our ceiling, we’ve had a bat or two in the house.

But I really want bats outside.

So the boys put a couple of bat houses up on the shed walls.

Two years.  No bats.  (I can take a flashlight and pear up into the bat houses.)

This spring, one of the many Mrs. Robins living on the farm, decided the bat house made a very good platform for her mud nest.  Slightly sloped but nicely tucked under the eave.

First round of egg laying, setting, and brooding … nothing. (I always worry about the effect of the habitual habit of chemical farming…)

Second round of egg laying and nesting, Mrs. Robin raised a nice family of baby robins.  We could see the bobble heads as they begged for a morsel of worm.

Soon the now-feathered speckled babies were big enough to fly.  All left … but one.

Lonely stood there in the bedraggled nest all alone.  Quietly.  Lonely never begged for food.  I never saw Mrs. Robin feeding her; I never heard Lonely make a peep.

“Is Little Lonely afraid to fly?”

“Why does Lonely not take off like her brothers?”

Monday’s storm with its 100 mph winds … Lonely was still standing there.

The mud nest was slowly decomposing under Lonely’s feet.  Lonely did not fly.

Wednesday morning, Lonely was on the ground in front of the shed.

“Hurrah!  Lonely finally took the leap and tried to fly!  Maybe she really cannot fly.  Look how she hangs around in front of the shed.”

Later, as I was working with Ryan, I told him about Lonely’s fear of flying.

“Oh,” said Ryan.  “She had a clod of mud tied to her leg and couldn’t fly.  I cut the string and she flew immediately up into a tree.”

Ryan gave the ‘clod’ a kick.  The ‘clod’ was the sidewall of the old nest built from mud, grass, and ……. old bailer net wrap.

All those big round bales you see all over the countryside after harvest?  They are wrapped in poly netting.  The big bail busting machines grind bales and twine into feed and bedding for cattle.  The bits and strings of the netting are irresistible to birds for nest building.

Thanks to Ryan, Lonely had her ankle chain broken and freedom restored. 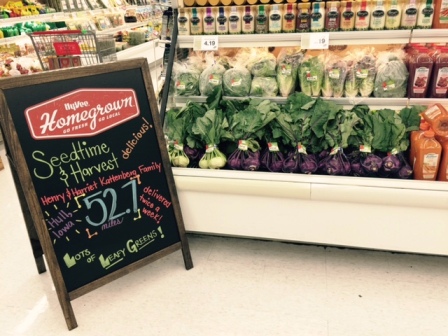